Britain's young guns not quite ready to take on the world.

Turn back the clock six months and fight fans across Britain are talking up the young undefeated duo of Nathan Cleverly and Olympic gold medallist James 'Chunky' Degale as the next great hopes from these shores, destined to make a splash on the world stage in the not too distant future. 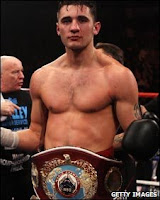 ﻿Light-heavyweight Cleverly, after winning a world title, albeit not in the ring after current WBO champion at the time Juergen Braehmer was stripped, was Britain's answer to Tavoris Cloud, Chad Dawson and even the effervescent Bernard Hopkins, they said. The mathematics graduate from the Cefn Forest in Wales was now free to concentrate his efforts fully on boxing, with just the rather more difficult equation of the aforementioned American trio left to solve.
After winning a string of recent bouts by stoppage, Cleverly looked to be adding the much needed power required to succeed at world level to his youthful exuberance, stamina and speed that had been evident from day one. With the WBO title around his waist, unification beckoned against his American counterparts.
James Degale, on the other hand, was coming off a ninth round stoppage win in which he looked a million dollars against the British champion at that time, Paul Smith. Rave reviews predictably followed, as is so often the case with our Olympic champions, and the general consensus around Britain was that within the space of 18 months Degale would be ready to take on the likes of American Andre Ward. Whilst I am loathe to leave current WBC super-middleweight champion Carl Froch out of this discussion, it is worth noting that a large percentage of fight fans in Britain see him being edged out in a decision loss to Ward when the two meet in a unification battle later this year. Degale, however, was thought to be slick enough, quick enough and good enough to give Ward a greater challenge somewhere down the line.
One night at London's O2 Arena in May of this year, however, gave many fans cause to revise their previous optimism. Cleverly defeated Aleksy Kuziemski by fourth round stoppage comfortably enough, despite looking far too eager to get involved in an unnecessary war, something which he could not afford to do at the highest level. Degale, on the other hand, lost a very narrow majority decision to British rival George Groves. Cleverly gets hit too often, and Degale has no 'Plan B', were the criticisms levelled at the pair. Nevertheless, they were young and still developing their game, and would have chance to right the wrongs in the not too distant future.
Which brings me to their most recent fights, both fighting on the same card at Liverpool's Echo Arena. Cleverly defended his WBO strap against local fighter Tony Bellew, with Degale mounting a European title challenge against seasoned professional Piotr Wilczewski. 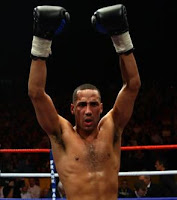 ﻿﻿First up of the pair was Degale. Throughout the course of this fight it was evident that Degale hasn't progressed a great deal since the loss to Groves back in May. His tendency to get caught by shots, particularly hooks in close, was plain to see. As it was, Degale edged out his Polish adversary in a majority decision after outworking his opponent, but not without his face being badly marked up and suffering a cut over his right eye. Wilczewski, whilst being very tough and game, had no business making the fight such a struggle for a man due to knock on the door of the world's finest, if indeed that is who we were watching.
Cleverly topped the bill at the Echo Arena in a fight boiling with bad blood. Predictions beforehand, which the bookmakers clearly supported, were that Cleverly would have too much speed and too much class for a "European level at best" fighter in Bellew. What transpired, however, was an extremely tight affair fought in the trenches for the most part. Bellew actually dominated several rounds with effective use of the double jab, but looked to tire in the championship rounds, ultimately costing him a majority decision defeat. For a man that was so nearly stopped recently by journeyman Ovil McKenzie to cause Cleverly such problems has to raise questions as to his ability to take on the Cloud's, Dawson's and Hopkins' of this world.
Whilst both Cleverly and Degale showed a commendable ability to 'tough it out' on Saturday, their performances left more questions being asked than answers given. Cleverly talked of unification in his post-fight interview, though one would have to suspect that by that he means WBA champion Beibut Shumenov as opposed to any of the American light-heavyweights mentioned earlier in this article. At this moment in time they would surely be a step too far for a man that despite possessing an incredible work-rate simply gets hit too often. Such a tendency to get dragged into wars would in all likelihood prove very costly at that level.

Degale's possession of the European title automatically gives him a world ranking, though he still spoke of a rematch with Groves in his post-fight interview. Perhaps that would be the most prudent route to take, for now, given the plethora of world class fighters currently operating at super-middleweight. It was apparent from his fight on Saturday that he still has plenty of work defensively to do before he can even begin to take such a step up in class. Questions still linger regarding his ability to change up his game plan mid-fight, too, and such a degree of versatility is almost certainly required before taking on polished operators such as Ward.

Talented fighters, Cleverly and Degale, of that there is no doubt, but British expectations have rightly been cooled following their recent showings. By no means is this article intended to write the pair off in terms of their future standing, as I personally see them being very good world champions in due course, but being realistic it may just be time to squeeze the brakes slightly on their respective careers before contemplating bigger things. Their time will come, but it most certainly isn't yet.
Posted by Andy Bloxham at 16:51